As the Frozen North American tour begins its nine-week engagement at the Hollywood Pantages Theatre in LA, the first images and video of the production are now available, featuring stars Caroline Bowman (Elsa) and Caroline Innerbichler (Anna), along with the rest of the Frozen company. 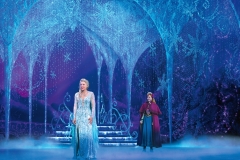 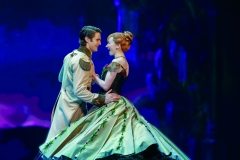 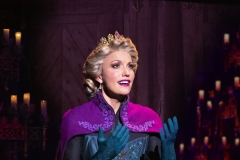 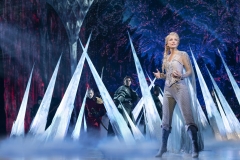 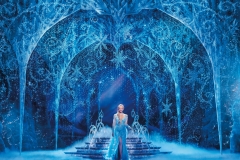 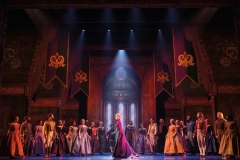 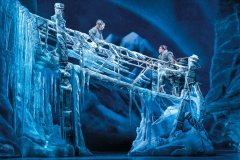 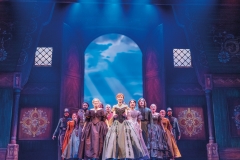 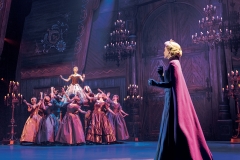 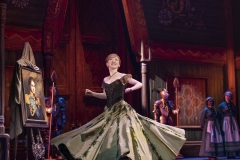 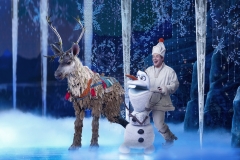 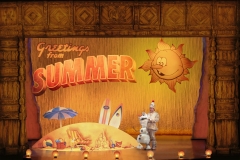 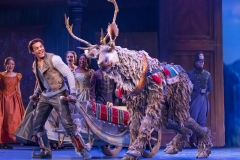 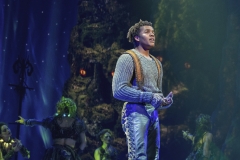 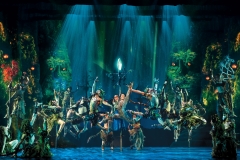 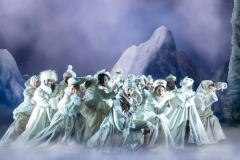 Disney’s Frozen, the Tony®-nominated Best Musical, has joined Disney Theatrical hits Frozen and Frozen on tour across North America. Heralded by The New Yorker as “thrilling” and “genuinely moving,” Frozen has emerged as the biggest hit musical of the last two Broadway seasons, breaking four house records the legendary St. James Theatre, its New York home where it is currently celebrating its second smash year.

In addition to the North American tour and Broadway companies, Frozen’s global footprint will soon expand to include London, Australia, Japan, and Hamburg.

A mysterious secret. A family torn apart. As one sister struggles with being an outsider and harnessing her powers within, the other sets out on a thrilling adventure to bring her family together once again. Both are searching for love, but they’ll learn that to find it they’ll have to look inside themselves first.

Frozen is melting hearts on Broadway and across the country in an all-new production created for the stage by an award-winning team. It features the songs you know and love from the original Oscar®-winning film, plus an expanded score with a dozen new numbers by the film’s songwriters, Oscar winner Kristen Anderson-Lopez and EGOT winner Robert Lopez. Joining them on a creative team that has won a cumulative 16 Tony Awards are Oscar winner Jennifer Lee (book), Tony and Olivier Award winner Michael Grandage (director), and Tony winner Rob Ashford (choreographer).

An unforgettable theatrical experience filled with sensational special effects, stunning sets and costumes, and powerhouse performances, Frozen is everything you want in a musical: It’s moving. It’s spectacular. And above all, it’s pure Broadway joy.

Frozen is produced by Disney Theatrical Productions under the direction of Thomas Schumacher.