The producers of the Tony Award®-winning musical Bandstand are thrilled to release photos from rehearsal before the company heads out for the national tour. 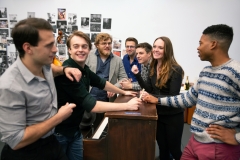 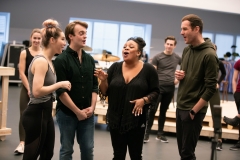 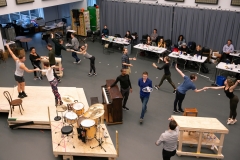 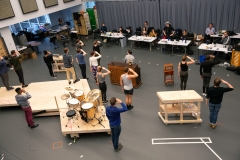 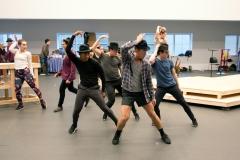 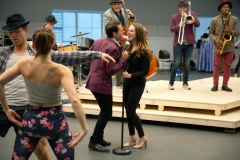 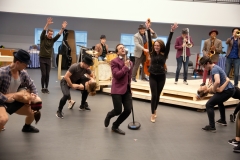 The national tour, which begins previews this week in Oklahoma City, will visit more than 70 cities this season, including stops in Washington, D.C., Fort Lauderdale, FL, and Dallas, TX. A current list of cities and dates for the national tour of Bandstand can be found by clicking here.

It’s 1945. As America’s soldiers come home to ticker-tape parades and overjoyed families, Private First Class Donny Novitski, singer and songwriter, struggles to rebuild the life he left behind. When NBC announces a national competition to find the nation’s next great musical superstars, Donny sees a lifeline for himself and some fellow veterans that gives them the purpose they so desperately need. Together, they form a band unlike any the nation has ever seen. Along the way, they discover the power of music to face the impossible, find their voice, and finally feel like they have a place to call home.